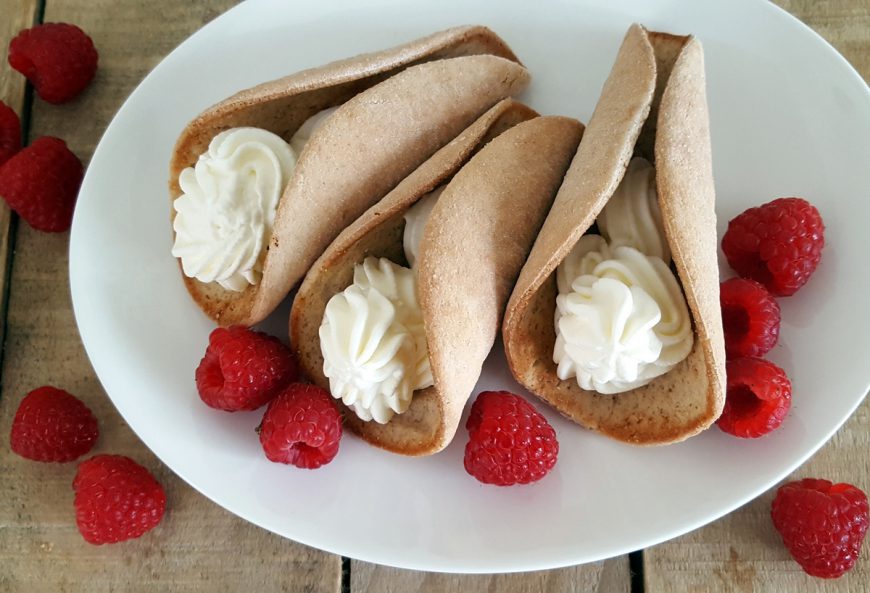 Štramberk is a small town in the Moravian-Silesian Region. When we arrived there, the weather was not nice at all, it was raining and the famous landmark of the town was hiding in the fog. It is a castle from the 14th century with a Gothic tower which is called Trúba (Tube). When the fog had cleared a little bit, a cylindrical monument appeared above the houses. However, it was just for few pictures, rain was on air again so we decided to skip the walk to the outlook tower. Anyway, we spent a nice afternoon with Mr Hezký (his surname means “nice” in Czech) in his cake shop U Hezounů (“at nice, handsome people”). The local specialty – Štramberk‘s ears – is baked here. Štramberk‘s ears are made of gingerbread spicy honey dough. The ingredients and their measures are a secret family recipe. Ladislav Hezký as a small boy helped his mother with baking and now he continues in this traditional rolling method. 10 cm circles are cut out the dough (but they have managed to bake an ear with the diameter of 192 cm as well!)… …put on a greasy tray and baked until they catch colour …and are prepared for packaging. 2,000 pieces are baked here in an 8-hour-shift.

And why exactly ears are produced here, in Štramberk? To answer this, we have to go back to 1241. Belligerent Tatar troops were camping at the foot of the hill Kotouč. Fortunately, a heavy storm began in the night. In addition, local people dug the pond dam through and flooded the camp. And because Tatars were better fighters than swimmers, it is said that all of them drowned. According to the legend, several bags full with salted human ears were found at that place when the water had subsided. These were trophies which showed how many Christians were killed in the battle. Since then, people in Štramberk bake these ear-shaped biscuits, originally on the eve of the Ascension of Jesus, but now all year long. And not only Mr Hezký bakes them. You can see advertisements everywhere in Štramberk, some are offered with chocolate, almond, nut and other additional ingredients. While many bakers use a poured dough, there are 9 producers, among them also Ladislav Hezký, who prefer the classical method of rolling. They have established a guild, the members have to have lived in Štramberk for at least 10 years. Also, thanks to them, Štramberk‘s ears are the first food in the Czech Republic which received the European Union‘s Protected Geographical Indication in 2007. Even though the weather was not nice (“hezky” in Czech), we were sitting in the cosy cake shop U Hezounů (“at nice people”) feeling nice (“hezky”) because Mr Hezký (“nice”) was here with us… 🙂 They serve the ears with whipped cream and fruits, but have also home made cakes and ice-cream on offer. You can also visit their home page but it is in Czech only: here