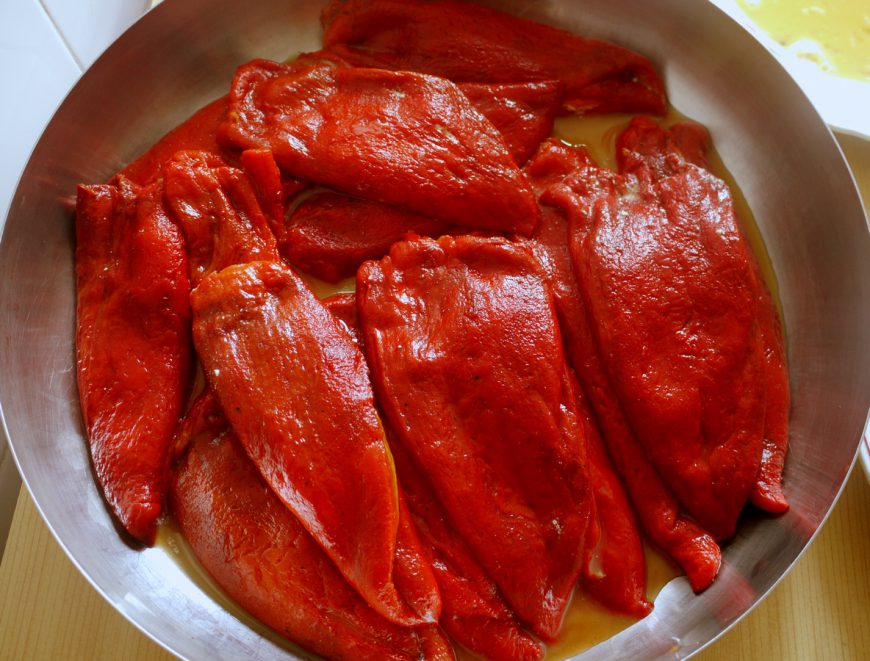 You may be confused by the title of the article – how can a pepper be stuffed, also grilled and even fried? Well, I can tell you it is possible and what‘s more, for me personally, this is one of the tastiest dinner dishes of the traditional Bulgarian cuisine.

If you are in Bulgaria at the end of summer you can easily notice that autumn is coming. Everywhere – both in the country and big cities – you can feel the aroma of grilled peppers.

Peppers (or chushki as they are called by Bulgarians) belong to the national cuisine and to the most favourite sorts of vegetable. So don‘t be surprised if you see a Bulgarian buying not 3 or 4 pieces but a big sack full of peppers! We are talking about fiery red or purple non-spicy peppers of an elongated shape. They are excellent sources of vitamin C but contain also B vitamins, vitamin E and the antioxidant beta-Carotene. Bioflavonoids which protect us against heart diseases are also present. And what’s more, the waxy surface protects vitamin C from decomposition which means that peppers don‘t lose it while long storing. There is neither any loss during boiling or roasting.

In Bulgaria, they even invented a special instrument for the baking/grilling of peppers. It is a small cylindrical oven where you can put one or three pieces inside. In less than one minute, the peppers are grilled from all sides.

However, you can also use an ordinary oven. Clean the peppers, put them on a baking tray and then put the tray in the preheated oven – 225°C – on the highest grille. You have to turn the peppers several times until the skin becomes black. After that you peel off the burnt skin and remove the core. According to my own experience, this is the most difficult stage of the preparation. But don’t give up! Some people recommend to put the cooled peppers in a plastic bag and let them scald for 15 minutes.

Cut grilled peppers are usually added into salads but you can also sterilize them in a glass jar and use them later when the season of fresh vegetables is over already. You can also stuff and fry them. Mix the cheese with one egg. Stuff the peppers with the mixture. Coat the stuffed peppers with flour, dunk them in a whipped egg and fry quickly in hot oil on both sides. Serve with yoghurt.